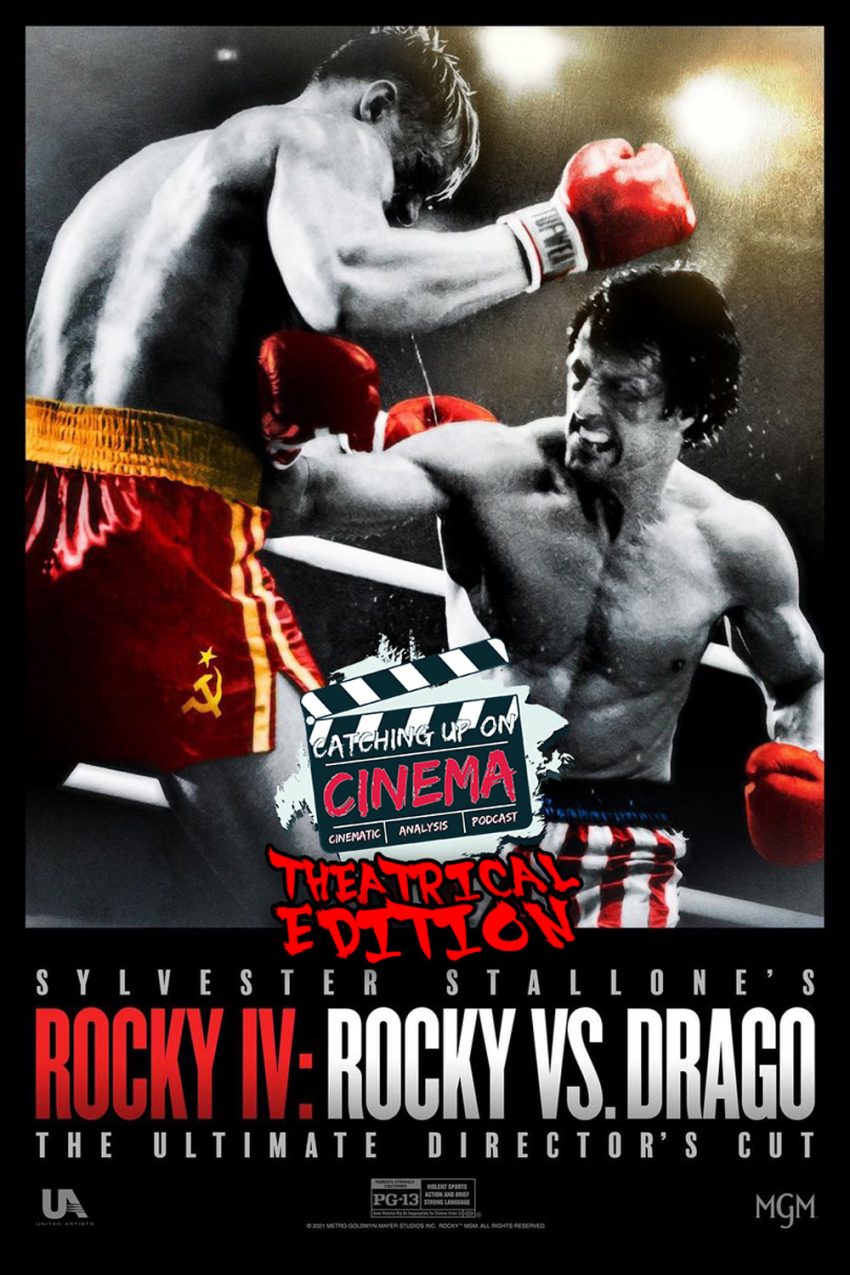 In this very special Theatrical Edition of Catching Up On Cinema, Trevor sits down for a solo review of Sylvester Stallone’s Rocky IV: Rocky vs. Drago The Ultimate Director’s Cut (2021)!

Released in theaters as a one night only Fathom event, the film is a revised edition of Rocky IV (1985).

Cut together with a pace and texture that more closely matches the look and feel of the earlier Rocky films, this revision of Rocky IV serves as a slightly more focused and mature version of what is often regarded as the most commercial and dumb, but also most rewatchable and fun film in the series.

Not a perfected version of the film by any means, the new cut of Rocky IV manages as many victories as it does missteps, with some additions serving as fantastic highlights to the series, and others feeling like extraneous changes that do more harm than good.

A novel attempt at constructing a more sincere and mature Rocky IV that will entice Rocky super fans, but will likely go on to be considered little more than a bizarre and unnecessary “special edition” to most moviegoers.

NOTE: Stallone teased a Rocky prequel TV series during the Q&A, though time will tell if that was just wishful thinking on the part of the director.