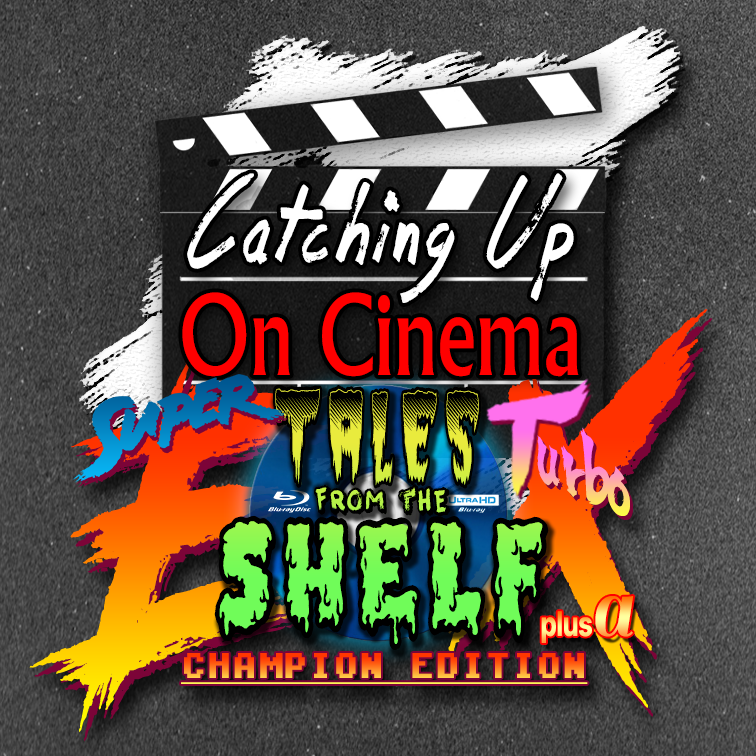 This time around, Trevor and his buddy Brad from Cinema Speak are joined by Harrison of the Grief Burrito podcast!

Pivoting away from the usual Tales From the Shelf format of swapping stories about movie collecting, this month’s episode, the Super Turbo Champion: Plus Alpha edition, sees our hosts talking about video games and their respective experiences growing up with and collecting games.

Additionally, check out Harrison’s show Grief Burrito, or feel free reach out to he or any of his lovely cohosts on the Twitter.

Additionally, some of the other resources mentioned during the episode include:

Noah Gervais, creator of some of the most insightful and in depth game reviews you can find on Youtube.

Hazbin Hotel, the wildly popular Youtube animation that Harrison was kind enough to introduce us to.

Night in the Woods, the lovely game that Harrison talked up during the episode.