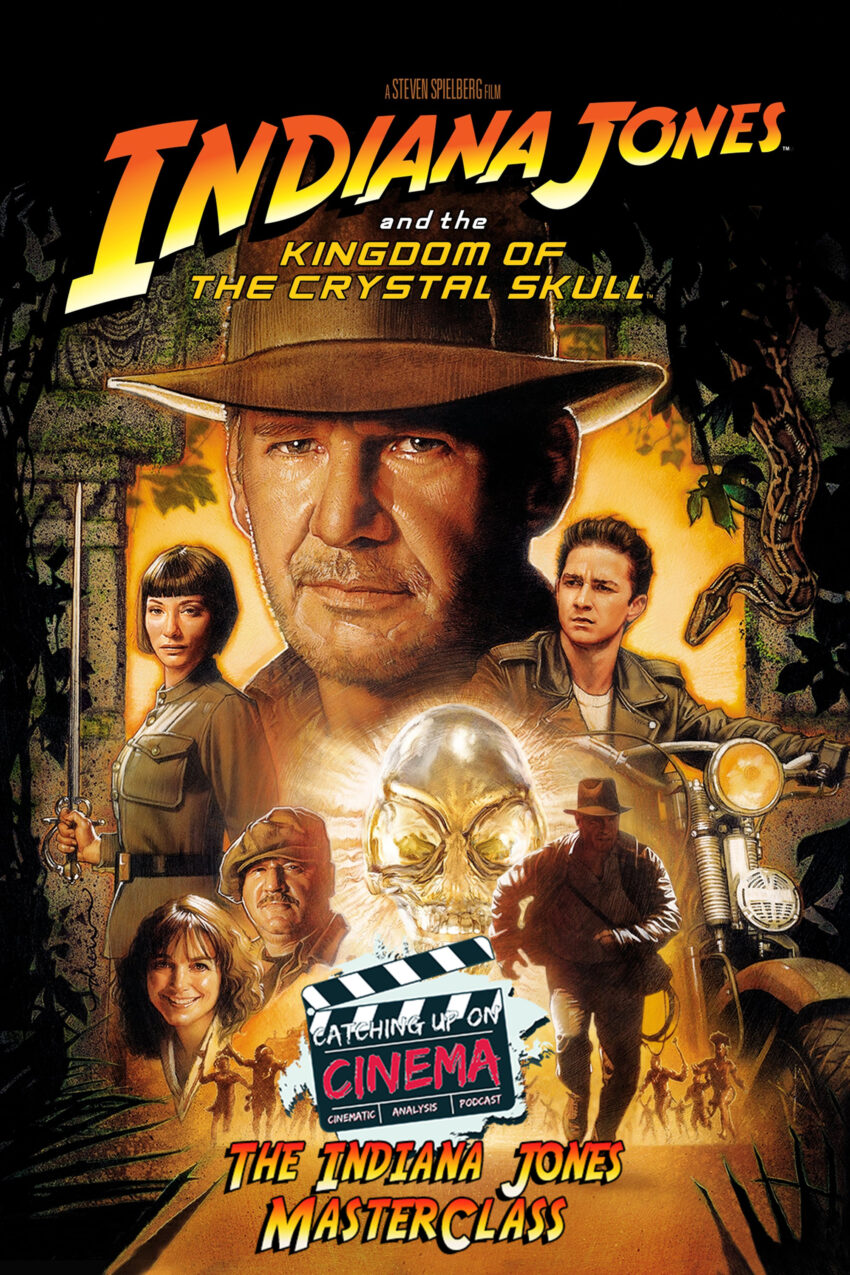 “The Indiana Jones Masterclass” concludes at Catching Up On Cinema as Trevor is joined by Kyle’s brother Nik to review Indiana Jones and the Kingdom of the Crystal Skull (2008)!

Released nearly 20 years after the previous entry in the series, Indiana Jones’ 4th adventure is widely regarded as the worst of an otherwise stellar series of films.

In addition to the more familiar elements of the cast and production crew, the film also introduces a sprawling cast of supporting players including the likes of Shia LaBeouf as Indy’s son Mutt, Cate Blanchett as Irina Spalko, and Ray Winstone and John Hurt as the less than memorable Mac and Oxley respectively.

Despite being largely shot on location and in lavishly designed sound stages, the film unfortunately bears a visual texture and style that fails to jive with that which came before.

While most involved in the production speak positively of their experiences in making the film, Kingdom of the Crystal Skull stands as a flabby, vexing, and outright extraneous entry in a lean franchise that, up until it’s 4th chapter, stood as one of the most consistently thrilling and excellent sagas in film history.