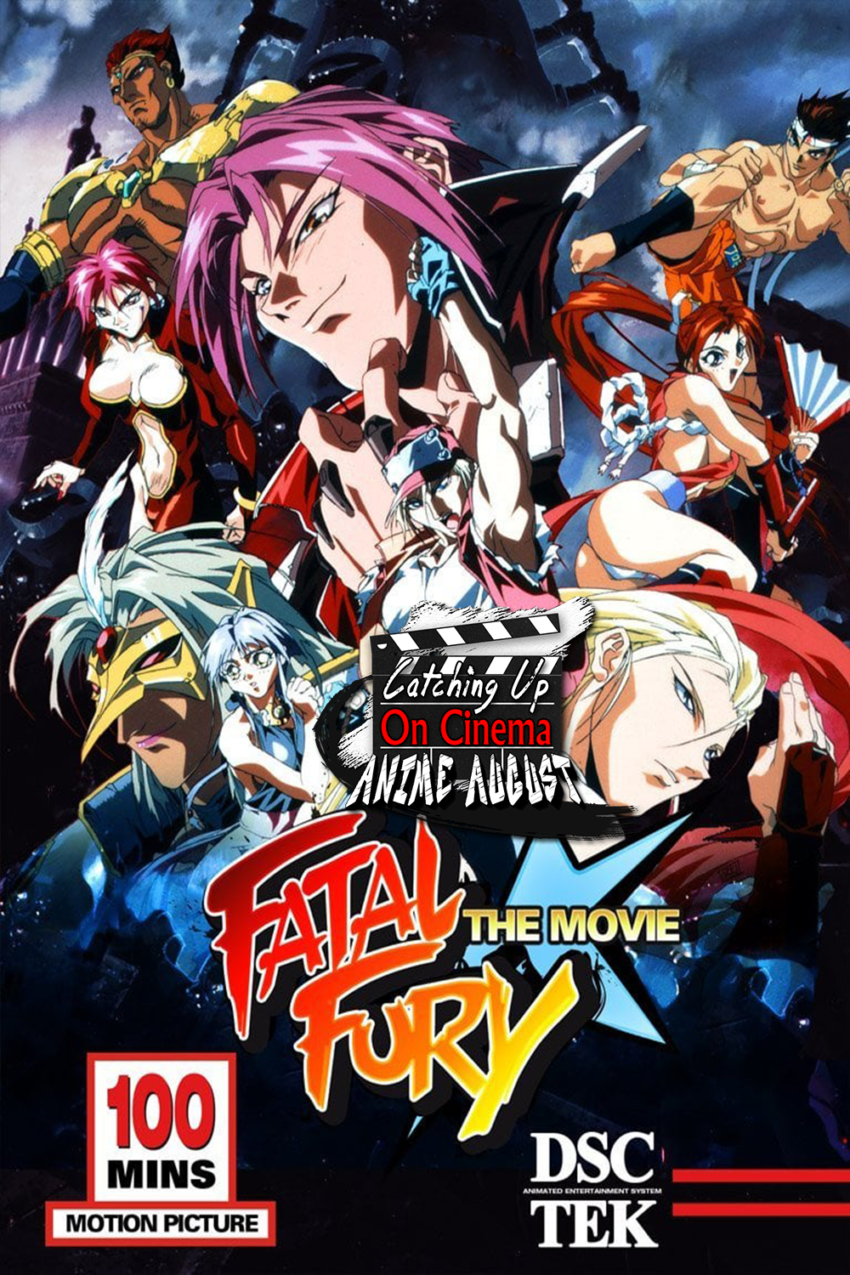 In this week’s episode of Catching Up On Cinema’s Anime August event month, Trevor and Kyle sit down for a casual, if not meandering review of Masami Obari’s Fatal Fury: The Motion Picture (1994)!

The concluding (and only feature length) chapter of a short lived anime series, the film largely serves as a promotional tool for the SNK fighting game series of the same name, as well as that of a platform for gratuitous fanservice.

A treasure hunt/chase story in the same vein as Avengers: Infinity War or any of the Indiana Jones films, the film is by no means a lazy effort, boasting a gorgeous soundtrack by Toshihiko Sahashi, and ambitous cinematography on the part of first (and only) time feature director Obari.