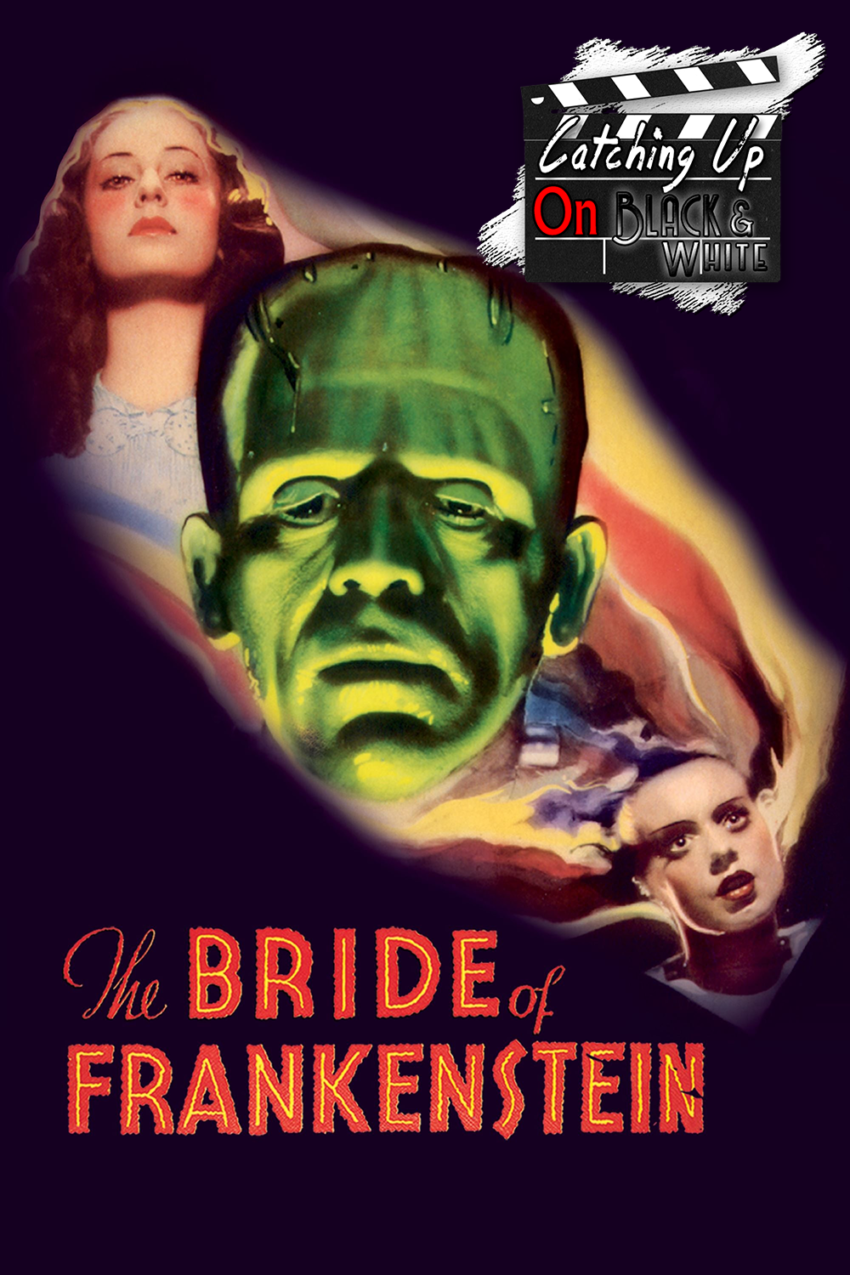 In this week’s installment of Catching Up On Cinema’s, Catching Up On Black & White event, Kyle and Trevor review James Whales’, The Bride of Frankenstein (1935)!

Often heralded as Whales’ masterpiece, and a standout among the first cycle of Universal horror films, the movie is a lively and campy classic of horror cinema.

Starring Boris Karloff as the monster, and Elsa Lanchester as the titular bride, the films’ true MVP is Ernest Thesiger as the conniving and reptilian Dr. Pretorious.

Wonderfully shot and lit, with lavish production design and sets, the film deserves special note as being not a only a sequel that betters it’s predecessor, but a sequel that represents a massive leap forward in nearly every regard.