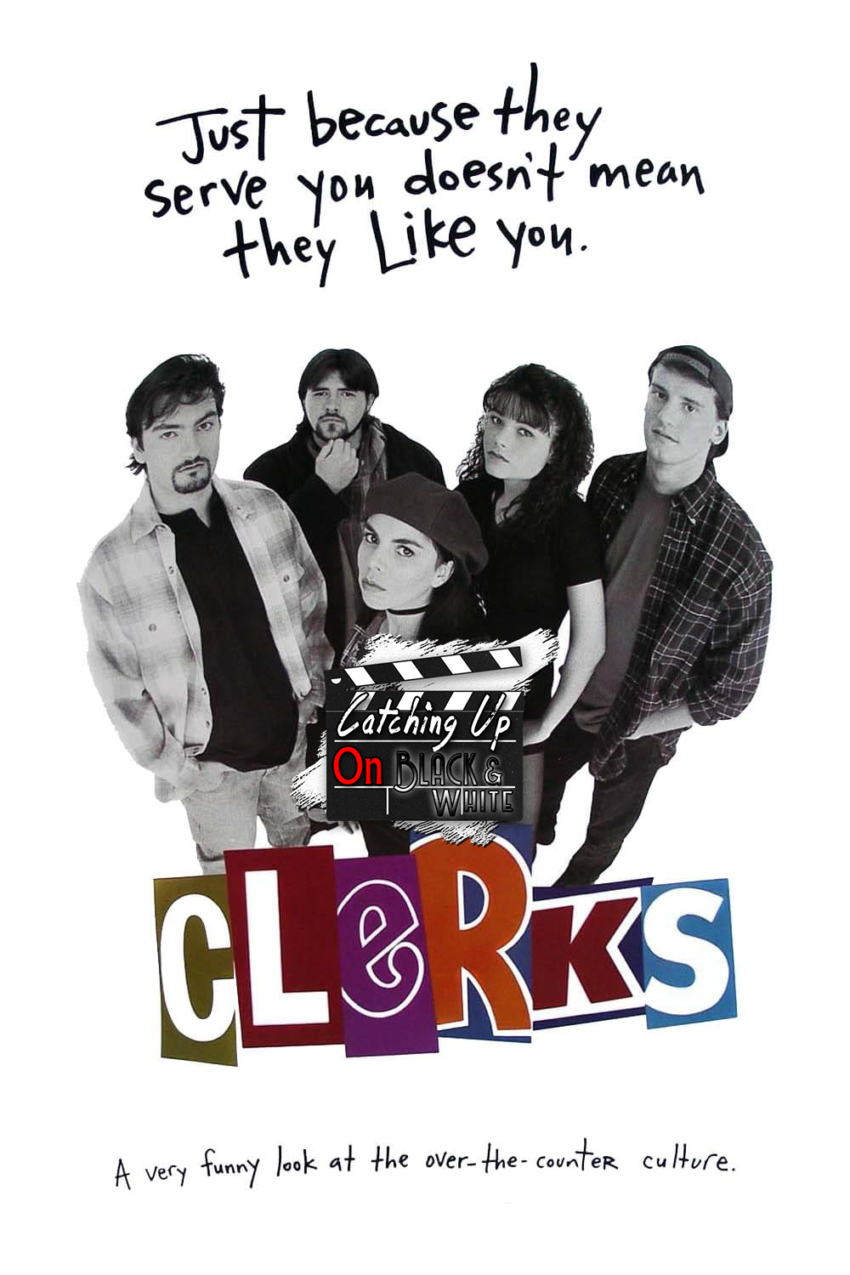 In this week’s installment of Catching Up On Cinema’s Catching Up On Black & White event, Kyle has Trevor sit down to review Kevin Smith 90’s indie classic, Clerks (1994)!

Written, directed, and edited by Smith (who is also featured in the cast as Silent Bob), the film is an American cultural artifact of the young adult culture and existential angst of the 1990’s.

Shot on a shoestring budget, and able performed by an energetic cast of pseudo actors, the film is by no means high art, but is nevertheless quite valuable as a piece of indie film history.