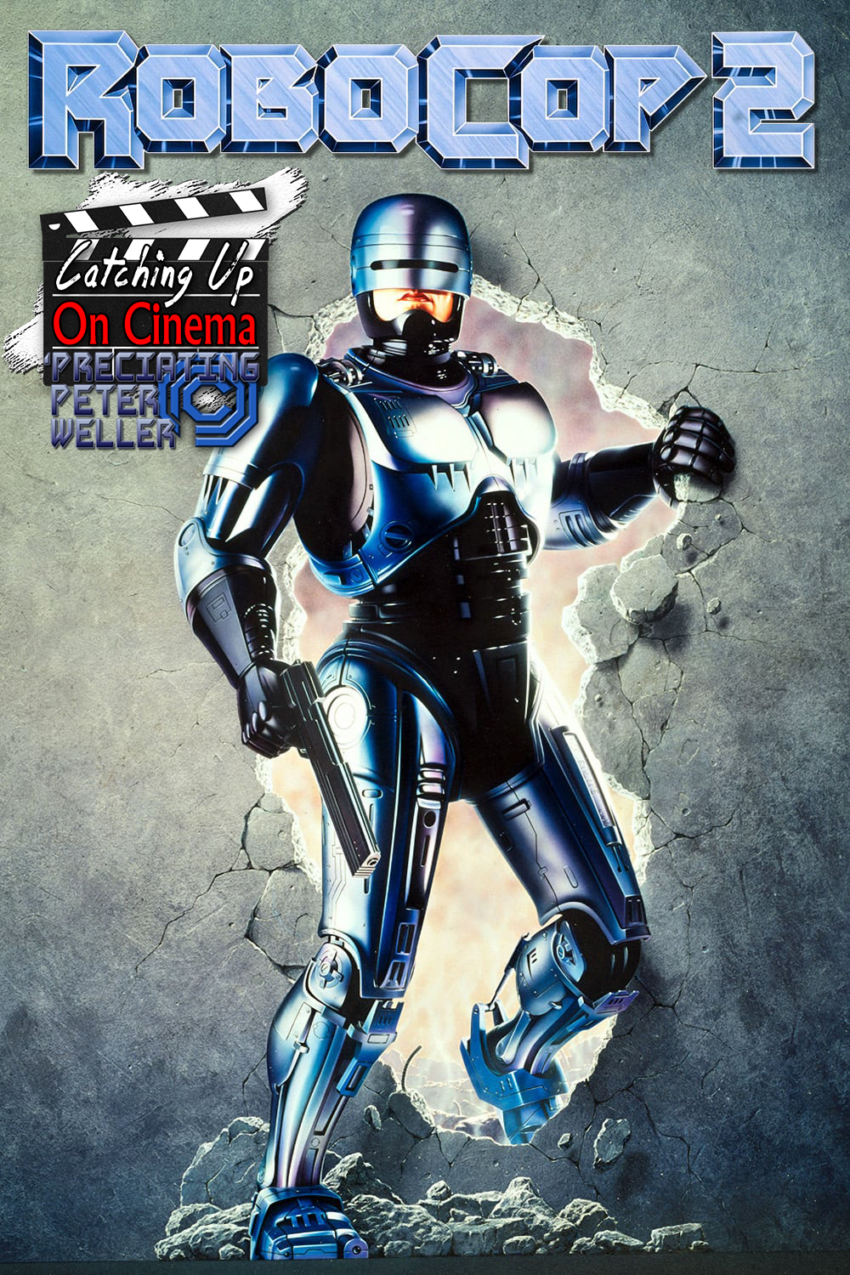 June is ‘Preciating Peter Weller month at Catching Up On Cinema!

This month we’ll take taking a look at the filmography of Peter Weller, a prominent leading man from the 80’s and 90’s that holds the proud distinction of not only portraying Robocop, but also serving as the voice of Batman in the animated adaptation of The Dark Knight Returns!

This week, we’re jumping smack into the middle of Mr. Weller’s filmography with a review of Irvin Kershner’s Robocop 2 (1990)!

Lighter in tone than it’s predecessor, but nearly as clever and violent, the film is a worthy sequel that is often overlooked.

Featuring some of Phil Tippet’s best stop-motion animation, the movie is a splashy and colorful special effects showcase that is definitely worth a look for any fans of the original film.