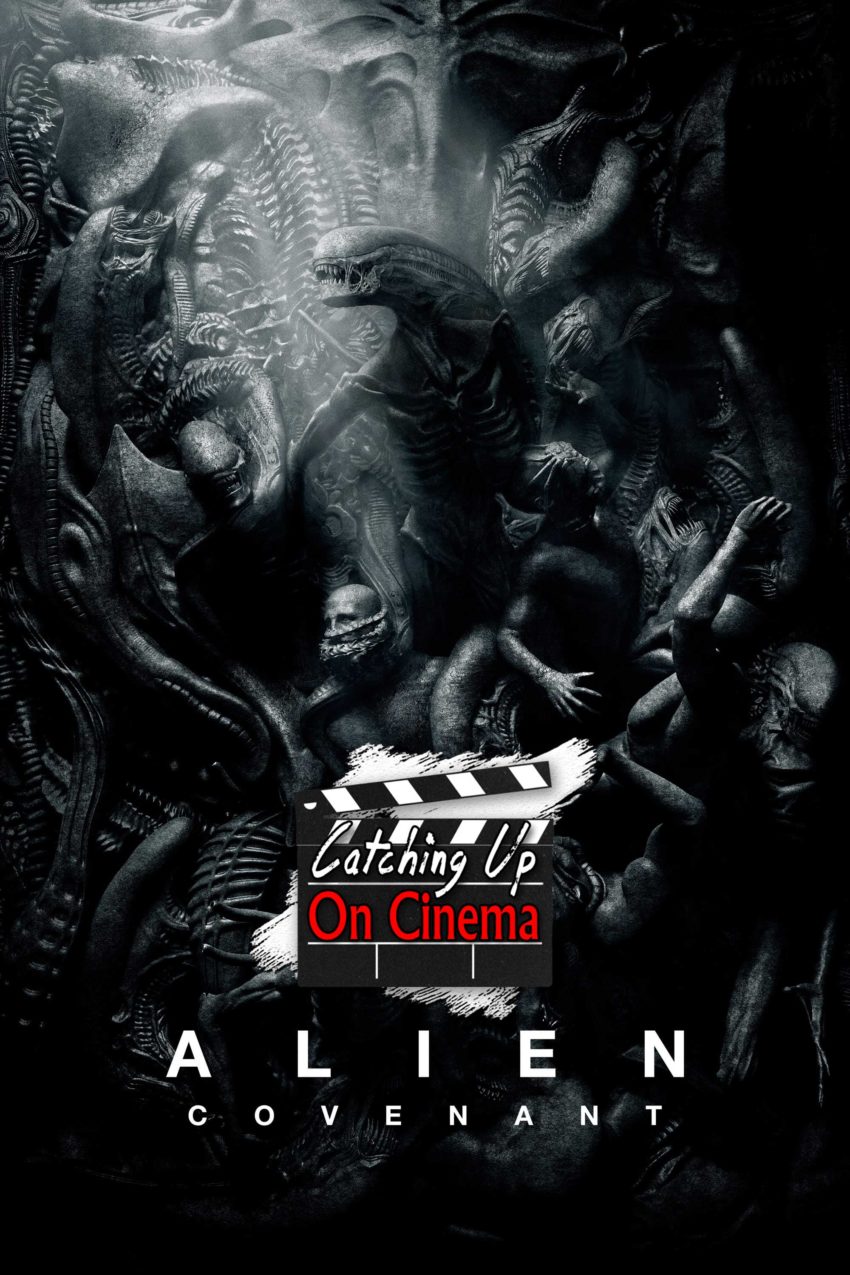 In the last episode of our very loose, “Most Recent Entry in a Long-Lived Franchise” series of episodes, Kyle has Trevor sit down with him to discuss Ridley Scott’s 2017 return to the Alien franchise proper, Alien: Covenant (2017)!

Building on the themes and characters first introduced in the director’s earlier film, Prometheus, Alien: Covenant is a beautiful, but often misguided and silly entry in the series.

Katherine Waterston, bearing one of the worst hairdos in recent memory and developing a potty mouth in the closing act!

Billy Crudup REALLY believes in Jesus, and he needs to remind you of that in every scene he’s in!

Danny McBride, stuck in space with 2 hot young people, and somehow he’s upset about it!

And guest starring James Franco as a burning CGI corpse!