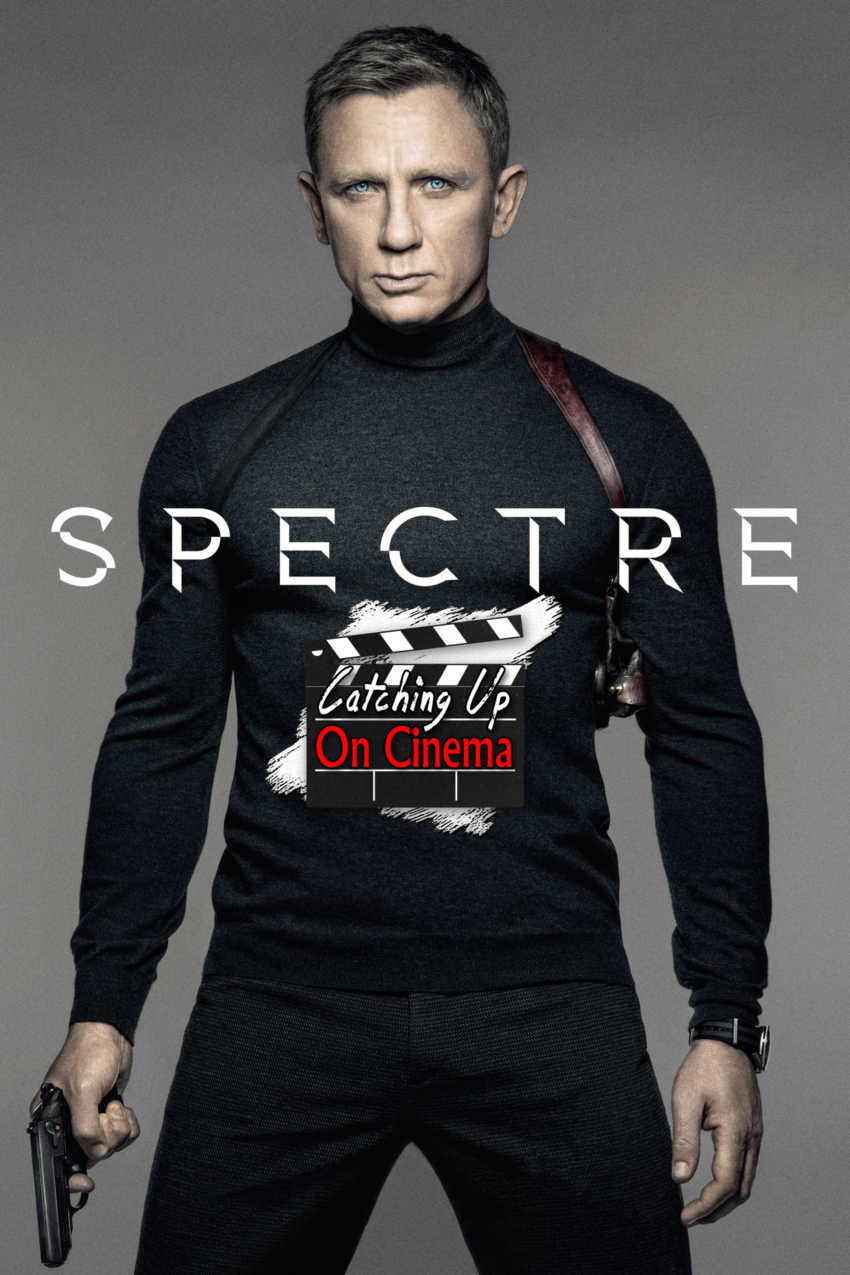 In the 2nd installment in Catching Up On Cinema’s “Franchise Month,” Trevor forces Kyle to subject himself to Sam Mendes’ go ’round at the James Bond franchise: Spectre (2015)!

Boasting a strong cast and truly magnificent cinematography, the film is dragged down by a clumsy, lackluster script, and is regarded by many as one of the lesser Bond films of the modern era.

It needs to be said upfront, Trevor is an avid Bond fan, while Kyle is a casual viewer at best.

Daniel Craig, looking for a way out of the franchise since 2008!

Lea Seydoux, not nearly as hot if you take away the accent!

Christoph Waltz, as “Totally Not Blofeld”!

Dave Bautista, denied a speaking role, but here to save the movie anyway!