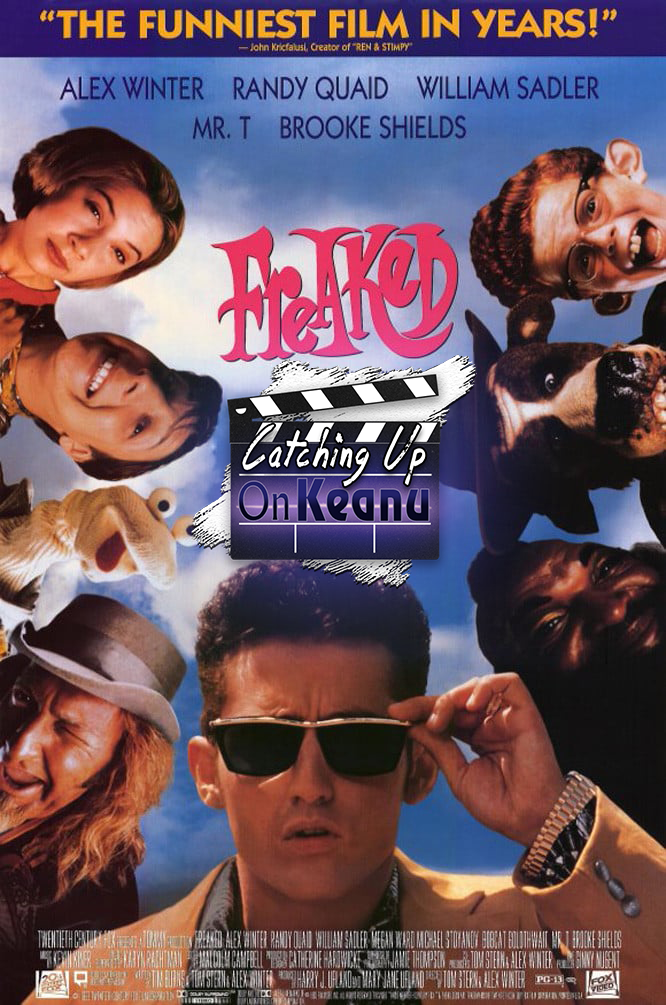 In anticipation of the theatrical release of John Wick Chapter 3 – Parabellum, we’ve declared May 2019 to be “Catching Up On Keanu” month!

Each week in May, Kyle and Trevor will take turns selecting a Keanu Reeves film that they’d like to review for the show.

In this first episode of “Catching Up On Keanu” month, Trevor selects the grotesque lovechild of Ren, Stimpy, and the Teenage Mutant Ninja Turtles, Freaked (1993)!

Cheating the system a bit, Keanu actually only appears in the film in an uncredited capacity, while his longtime friend Alex Winters stars in, co-wrote and co-directed the film along with Tom Stern and Tim Burns.

Randy Quaid as an insta-tanned ringmaster!

A man with a sock for a head, sentient rastafarian eyeballs, a man farting an eternal flame, and a giant pile of shit shaped like Winona Ryder!