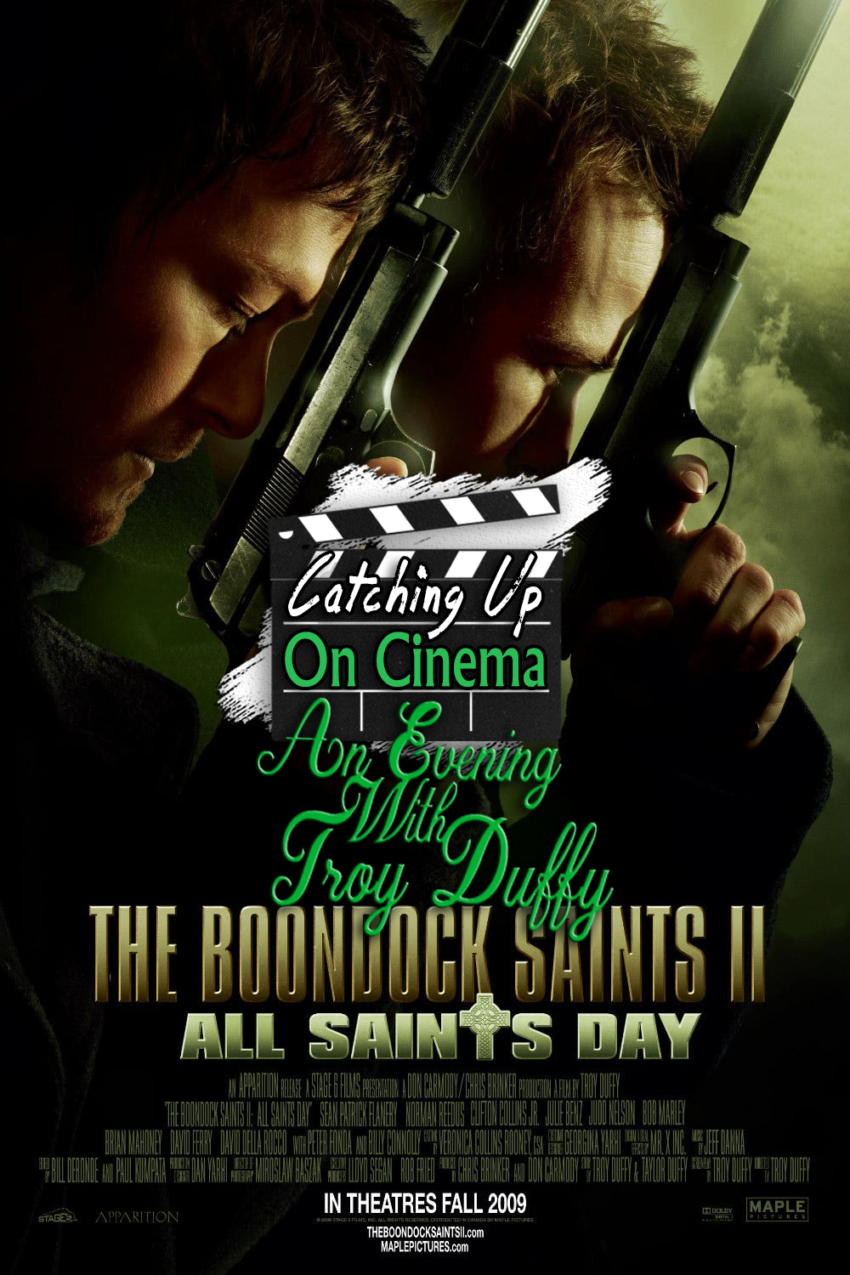 “An Evening with Troy Duffy” comes to a close as Kyle and Trevor review the 2nd (and potentially final) movie in bartender/bouncer/musician/screenwriter/director Troy Duffy’s filmography, The Boondock Saints 2: All Saint’s Day (2009)!

Starring most of the same folks from the first film, the film is largely devoid of redeeming value, and often feels painfully immature and dated.

Troy Duffy has seen The Godfather Part II and it’s VERY IMPORTANT to him that you know that.

Jerry Stiller attempting (in vain) to explain the plots of very complicated films!

The most cringe-inducing, unrepentantly pro-man non sequitur in cinema history!

Kyle and Trevor finding EVERY EXCUSE to NOT talk about the topic at hand!