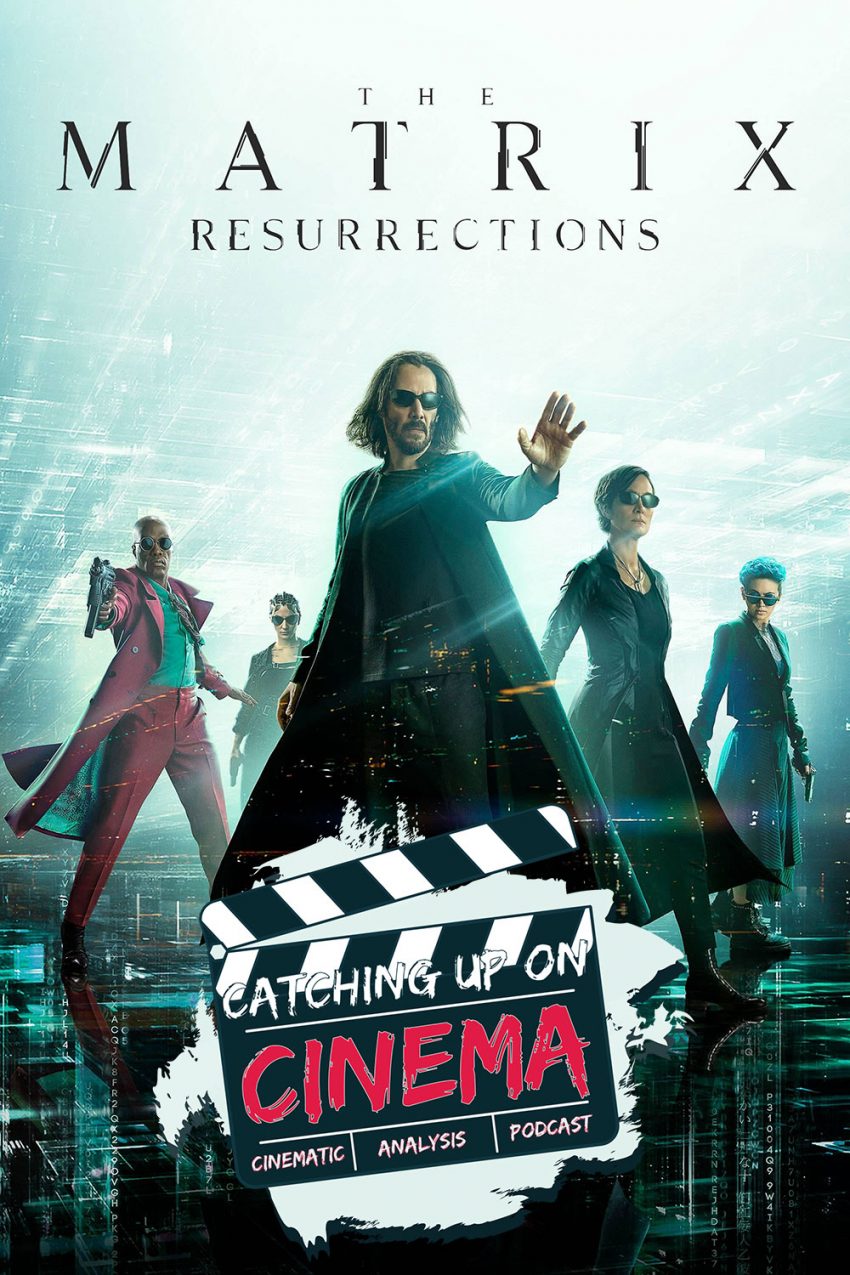 First up, Trevor and Kyle sit down to review Lana Wachowski’s, The Matrix Resurrections (2021)!

Spawned from the massively influential trilogy of films from the early 2000’s, Resurrections serves as a sloppy and underwhelming follow up to a series that truly deserved better.

A somewhat contentious production with a tricky path to completion, the film, as is expected from both creator and franchise alike, contains elements of metatextual commentary that are legitimately interesting, but unfortunately do little to aid the narrative or engage the viewer.

Though the film contains many returning cast and crew, namely Keanu Reeves and Carrie-Ann Moss in the lead roles, the absence of composer Don Davis and martial arts choreographer Yuen Woo-ping are both unfortunate and eminently noticeable.

An unnecessary sequel among a sea of addendums and appendages to long lived franchises, the film has the good conscience to be cheeky regarding the questionable nature of it’s own existence, however this only results in an aggressively dull narrative, and one that unfortunately does not benefit from the excess and bombast of it’s predecessors.