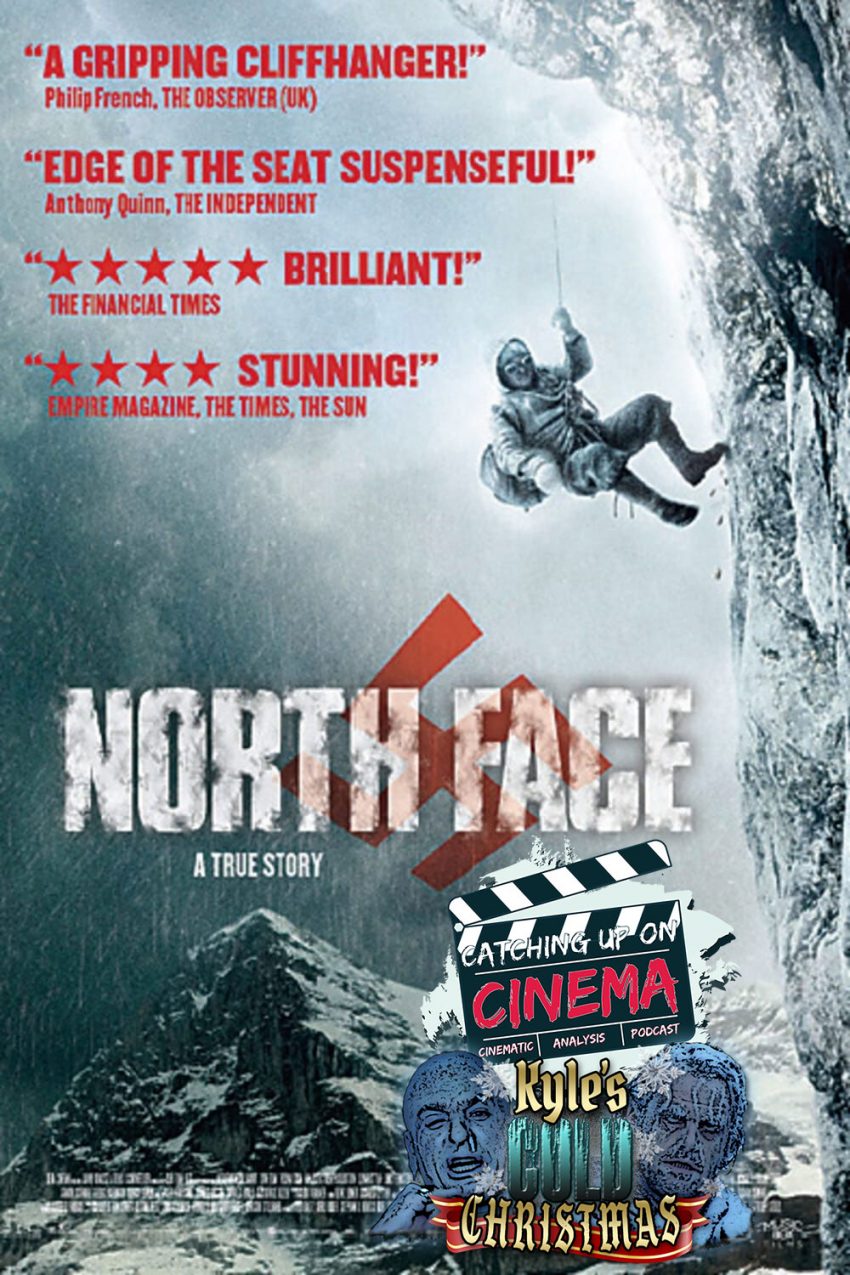 Kyle returns to Catching Up On Cinema after a month long absence to kickoff December 2021’s, “Kyle’s Cold Christmas” event month!
All month long, we’ll be reviewing frigid films to chill the bones.

Based on true events, the film concerns a group of German and Austrian climber’s arduous attempt to be the first to summit the North face of the infamous Eiger peak.T

Set in the 1930’s, during the reign of the Nazi party in Germany, the film deftly combines elements of socio-political commentary sprinkled amidst utterly breathtaking sequences of daring and heroism.

At times brutal and painful to watch, the film pulls no punches in it’s depiction of the harsh weather and terrain of the Eiger.

A truly exceptional survival-adventure film, North Face stands as one of finer films that Trevor has selected to review for Catching Up On Cinema.