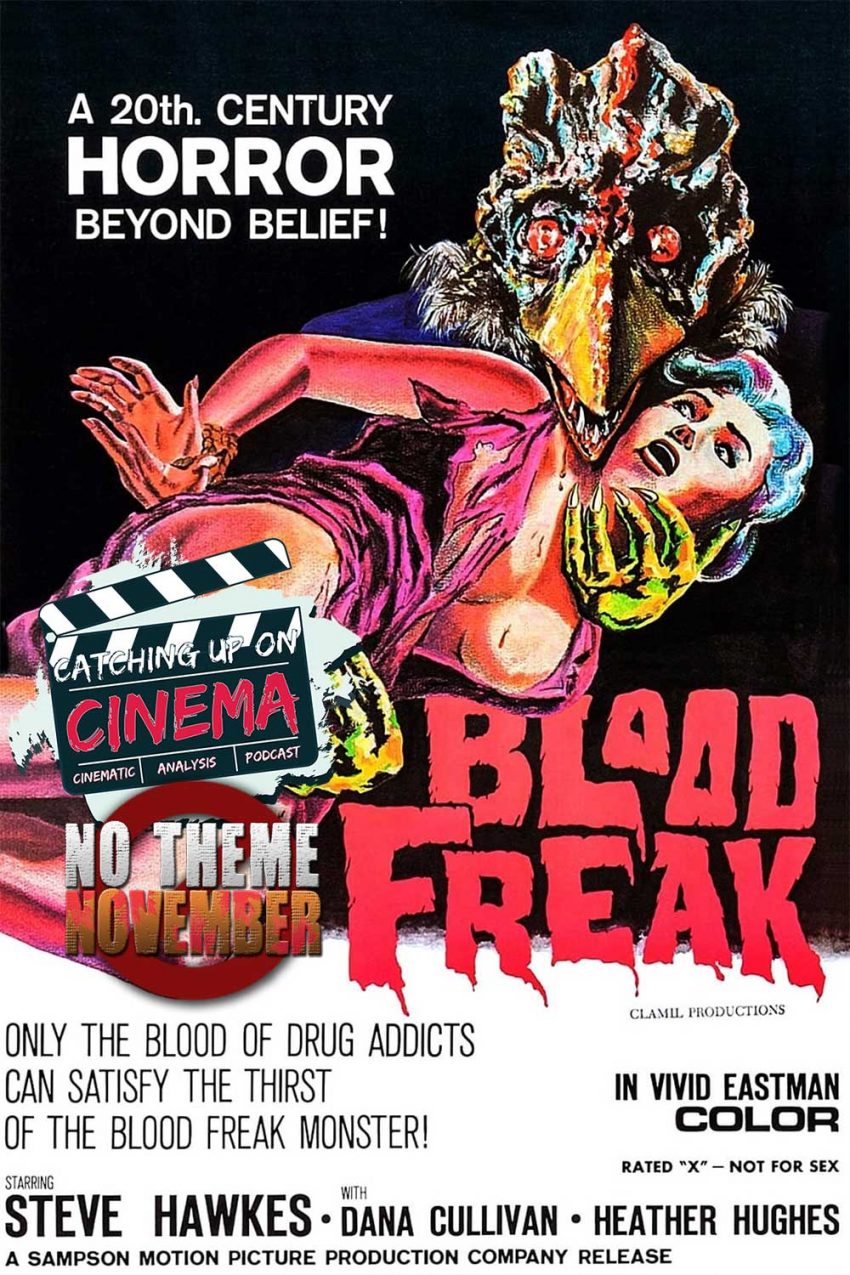 This week, Trevor is joined by SteampunkLink of the SNEScapadespodcast to review Brad F. Grinter and Steve Hawkes’, Blood Freak (1972)!
Potentially the only Christian, anti-GMO monster movie, the film is a B-movie oddity that truly needs to be seen to be believed.

Smutty and offensive in subject matter, and utterly incompetent in execution, the film concerns the tale of Herschell (co-director Hawkes) and his transformation into a Man-Turkey/Blood Freak via the deadly combination of pain killers, SUPER marijuana and… genetically modified turkey meat.

Featuring some heavy handed religious preaching and messaging, as well as frequent (hilarious and nonsensical) direct to camera monologues delivered by co-director Brad F. Grinter, the film is a nigh incoherent mess, but one that delivers many unintentional laughs through the apparent sincerity of the production.