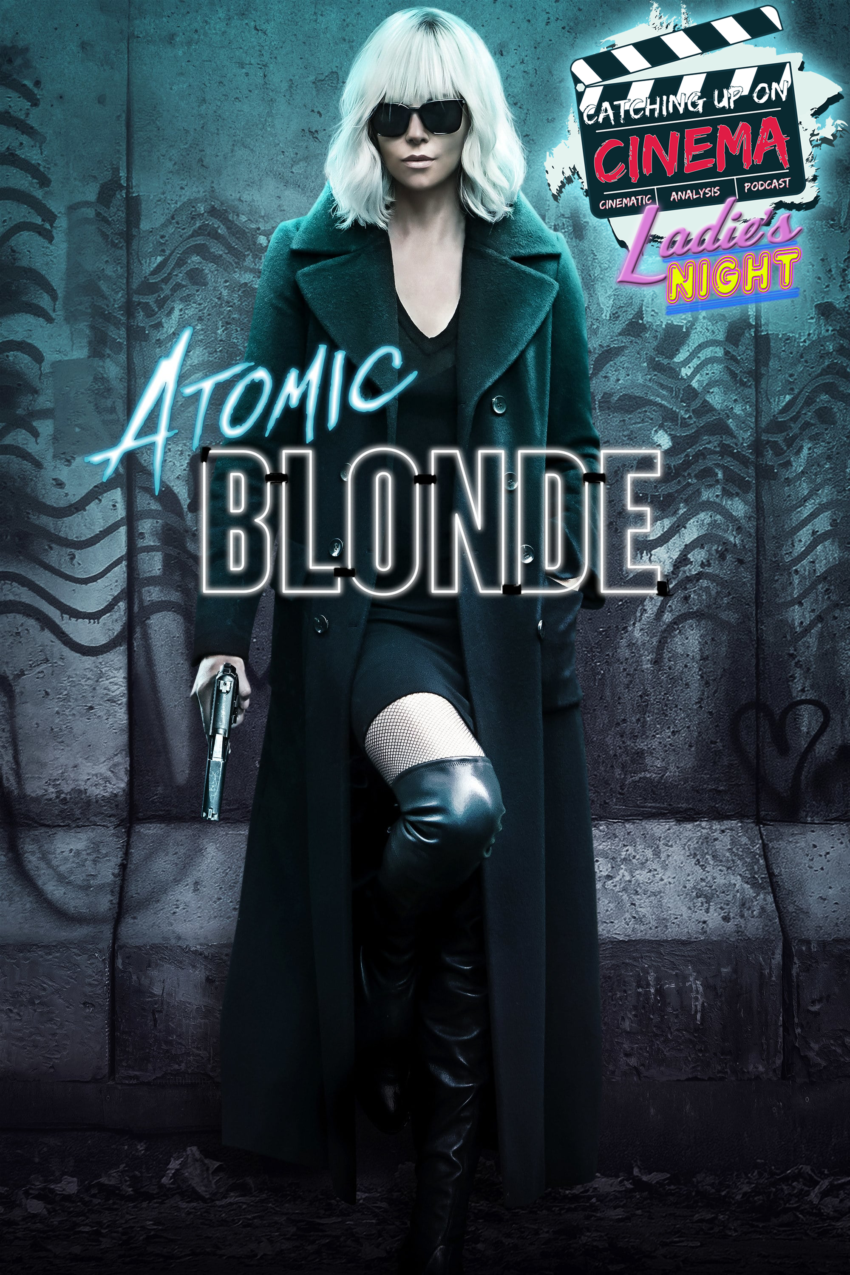 In this installment of Catching Up On Cinema’s “Ladies’ Night” event month, Kyle and Trevor review David Leitch’s, Atomic Blonde (2017)!

Starring Charlize Theron as the titular Atomic Blonde, the film is a slick and stylish spy thriller set in East/West Berlin during the turbulent final days of the Soviet Union.

The solo directorial debut of David Leitch (who co-directed John Wick), the film is a strong initial offering that would pave the way for it’s director to immediately take the reins of blockbuster films in the years to come.

With a supporting cast consisting of the likes of James McAvoy, Sofia Boutella, John Goodman, Eddie Marsan, and Toby Jones, the film is never dull and is surprisingly generous to it’s performers and dialogue despite the action heavy pedigree of it’s production crew.

While Charlize Theron is a truly spectacular in the film, both as an actress and action performer, perhaps the greatest compliment to the production must be given to Sam Hargrave and all of the folks at 87Eleven Action Design, who would serve to conceive, construct and perform one of the most memorable action set pieces in recent cinema history:
https://youtu.be/lO3Q8OHqNxY