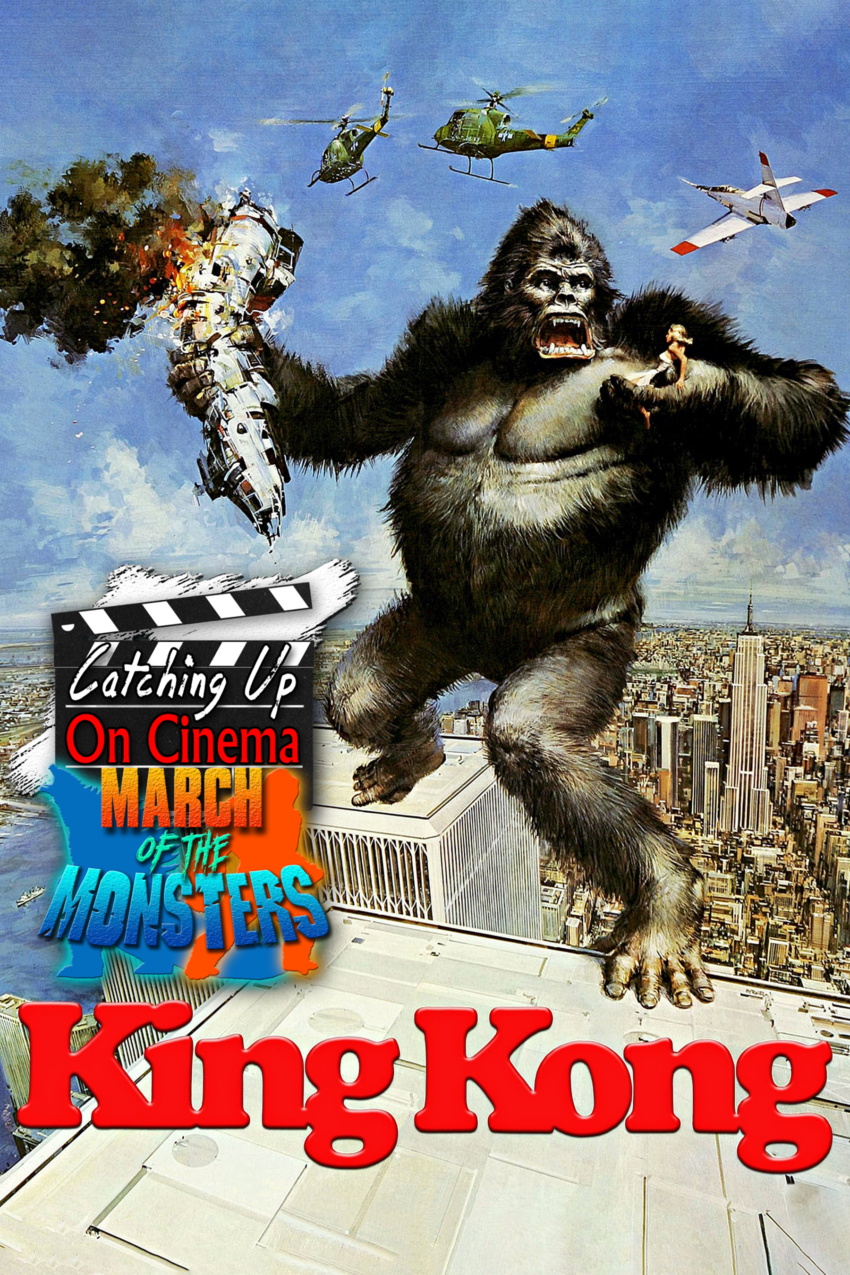 Catching Up On Cinema’s March of the Monsters event month continues with a review of John Guillermin’s King Kong (1976)!

The brainchild of prolific Italian film producer Dino De Laurentiis, the film is a tepid remake of the 1933 original, swapping stop-motion for suitmation, and the premise of a film project gone wrong to an oil expedition gone bad.

Starring Jessica Lange in her cinematic debut, as well as a young Jeff Bridges and a scenery chewing Charles Grodin, the film is well acted and grand in scope, but largely tedious and devoid of genuine thrills.

While Rick Baker and Carlo Rombaldi’s animatronic and suitmation effects are impressively expressive for their day, the film’s decision to cast the titular ape as a sympathetic/romantic figure results in a confusing and uneven affair that feels handicapped by it’s own ambition.