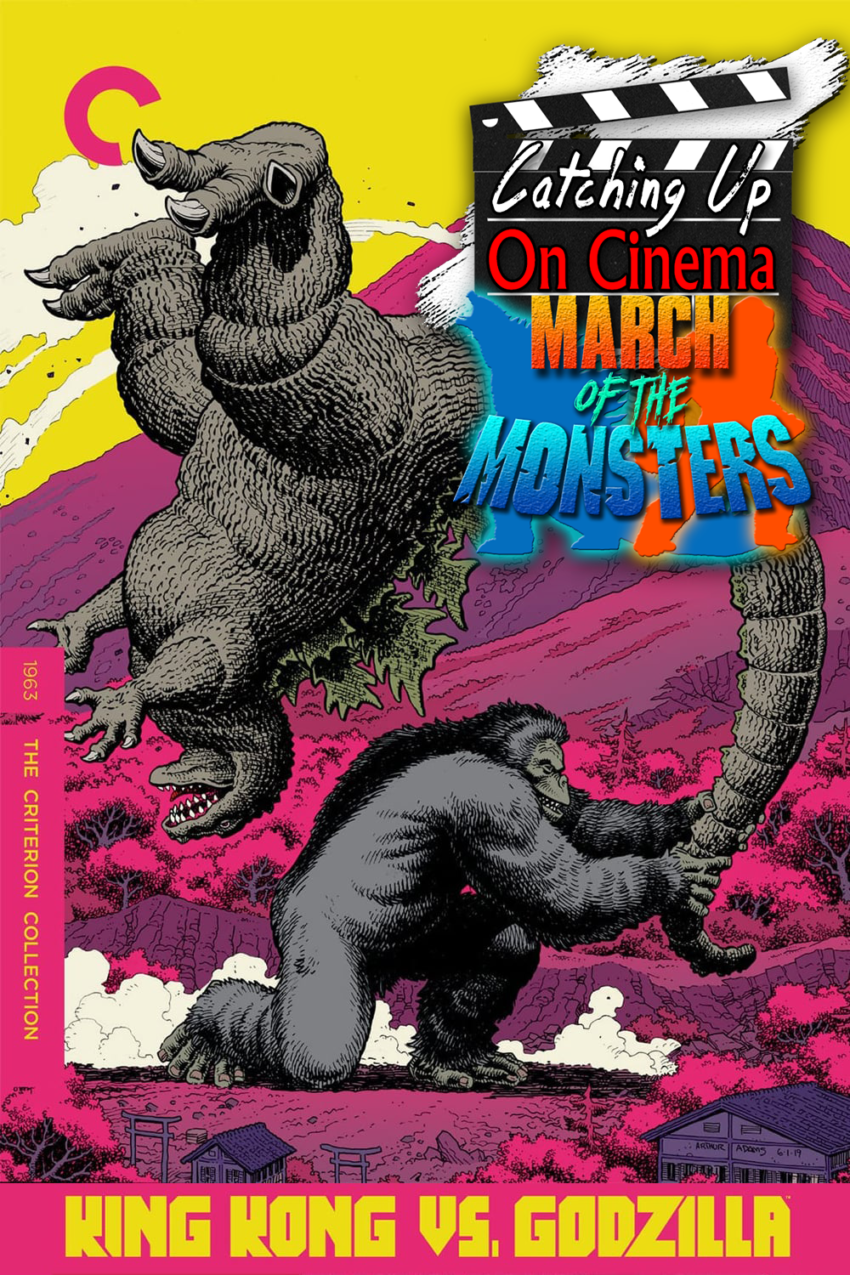 March of the Monsters continues at Catching Up On Cinema with a review of the original Japanese cut of Ishiro Honda’s, King Kong vs. Godzilla (1962)!

The first Godzilla film to be shot in color, as well as the first to debut many of composer Akira Ifukube’s most iconic theme musics for the Big G, the film serves as the prototype for the majority of Show era Godzilla films to come.

Officially released in the US for the first time just last year as part of the Criterion collection, the original cut of the film has long been a rarity in the American film market.

More slowly paced than the American recut, but more consistent in tone, the original cut of King Kong vs. Godzilla is not likely to be considered a favorite among modern fans, however to this day it remains one of most theatrically attended of all Japanese Godzilla films.

Colorful and light hearted, the film is an enjoyable novelty that delivered the goods where it mattered, and set the stage for Godzilla’s wild success in the many years to come.