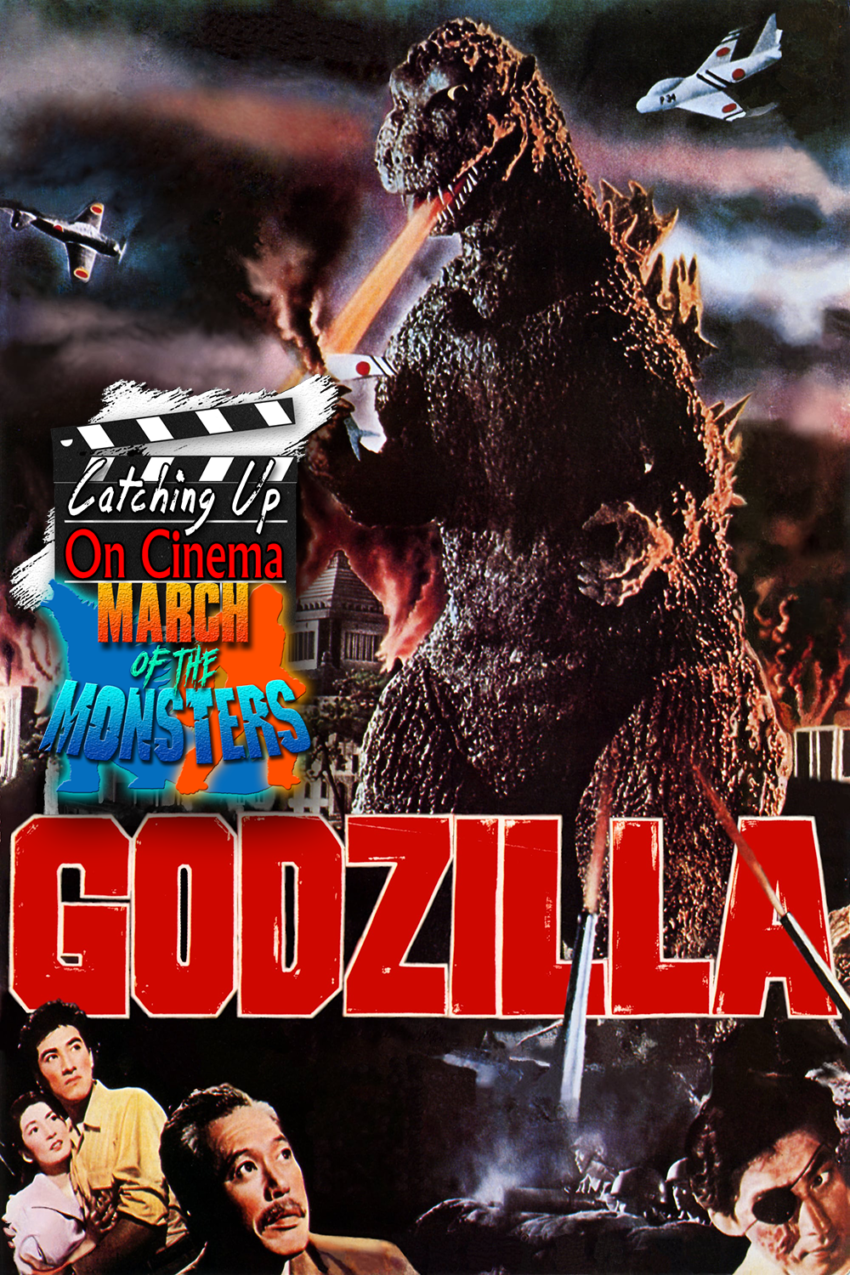 March of the Monsters month at Catching Up On Cinema continues with a review of Ishiro Honda’s groundbreaking daikaiju masterpiece, Gojira (1954)!

A grim, allegorical tale of the horrors of nuclear weapons from a uniquely Japanese perspective, the film is often mistakenly thought of as just another dime a dozen atomic age B-movie, largely due to it’s slightly inferior repackaging in the form of the recut, Godzilla, King of the Monsters (1956).

Stunningly photographed, and ably acted, the film is nevertheless an astounding piece of sci-fi horror that still packs a punch when digested with proper historical context.

Directed by Ishiro Honda, produced by Tomoyuki Tanaka, with effects by Eiji Tsuburaya, musical score by Akira Ifukube, and Haruo Nakajima donning the 220 lbs Godzilla suit, the film represents the film assemblage of what could easily be considered the “Dream Team” of tokusatsu craftsmen.