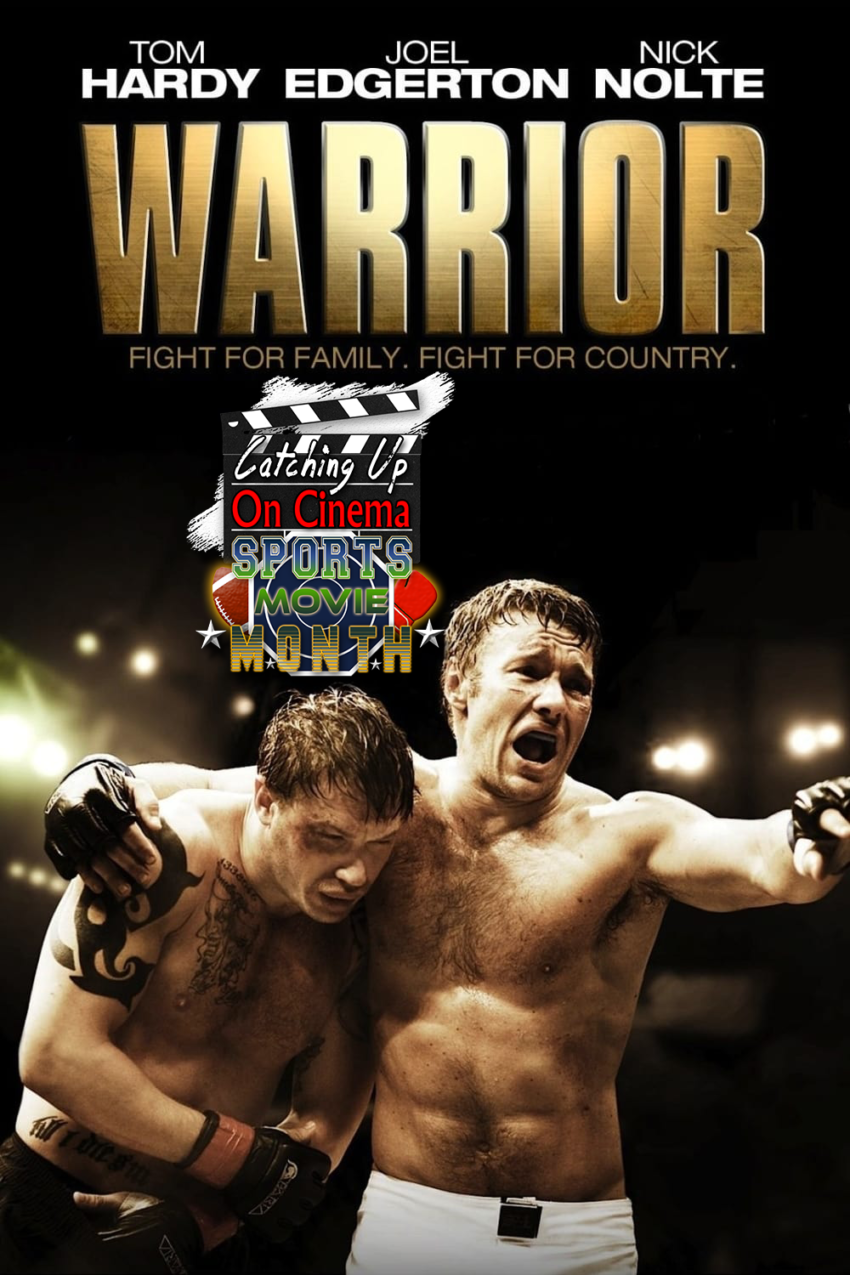 In the final installment of Catching Up On Cinema’s Sports Movie Month, Kyle and Trevor get in the cage to review Gavin O’Connor’s, Warrior (2011)!

Starring Joel Edgerton, Tom Hardy, and Nick Nolte in an Academy Award nominated performance, the film tells the gritty tale of a broken family that is inexplicably reunited during the events of a high-stakes mixed martial arts tournament.

Possessed of some truly great acting performances, the film is nevertheless somewhat clunkily written, and not particularly well shot or edited when the action inevitably shifts from verbal to outright physical sparring.

Probably the best serious movie about MMA, the film is an above-average sports drama, though far inferior to the director’s earlier effort, Miracle (2004).