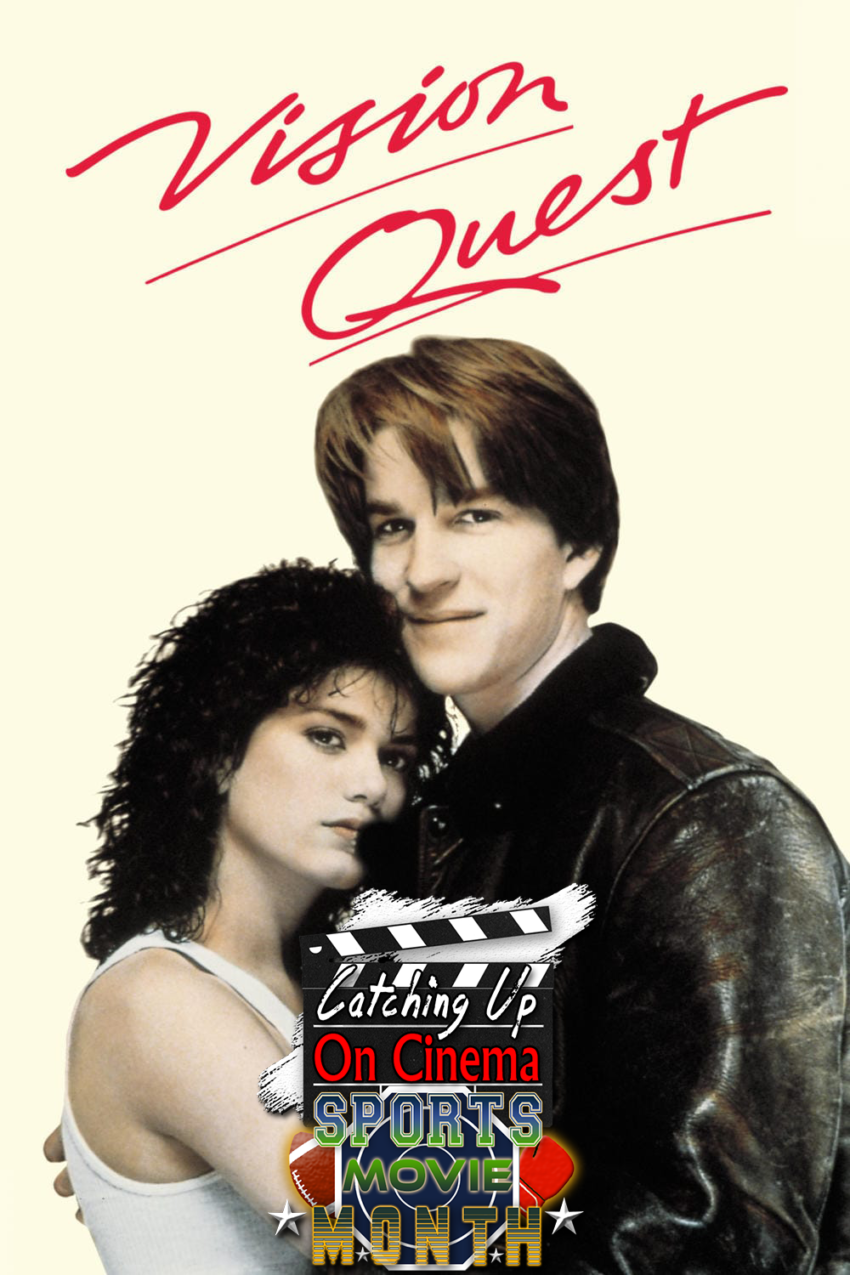 February is Sports Movie Month at Catching Up On Cinema!

This month we’ll reviewing films that center around some of our favorite sports.

First up, Kyle introduces Trevor to the sport of wrestling via Harold Becker’s Vision Quest (1985)!

Starring a young Matt Modine as standout varsity wrestler (from Spokane, WA!) Louden Swain, the film is a coming of age tale based on a novel by the same name.

While the story is more precisely centered on the development and human drama of a young man during a pivotal moment in his life, the film is nevertheless a very effective sports drama, with much of the wrestling training and choreography having a grit and roughness to it that is rare in film, especially at the time of it’s release.