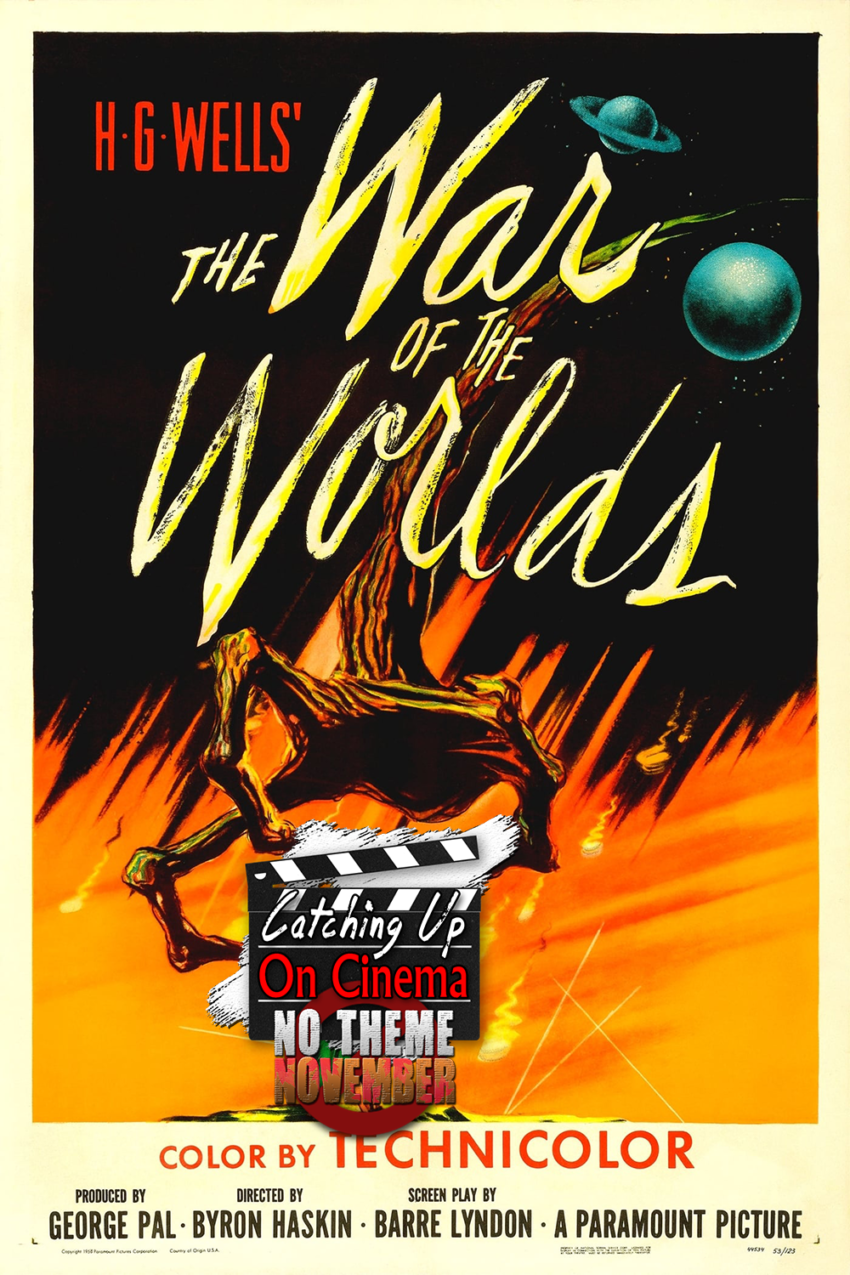 Catching Up On Cinema’s “No Theme November” event month continues, this time with a review of Byron Haskin’s The War of the Worlds (1953)!

Based on the H.G. Wells novel of the same name, the film is the first film version of the oft adapted sci-fi classic.

Boasting Academy Award winning visual effects and masterful sound design, the film is one of the most iconic of the “invaders from outer space” subgenre of the 1950’s.