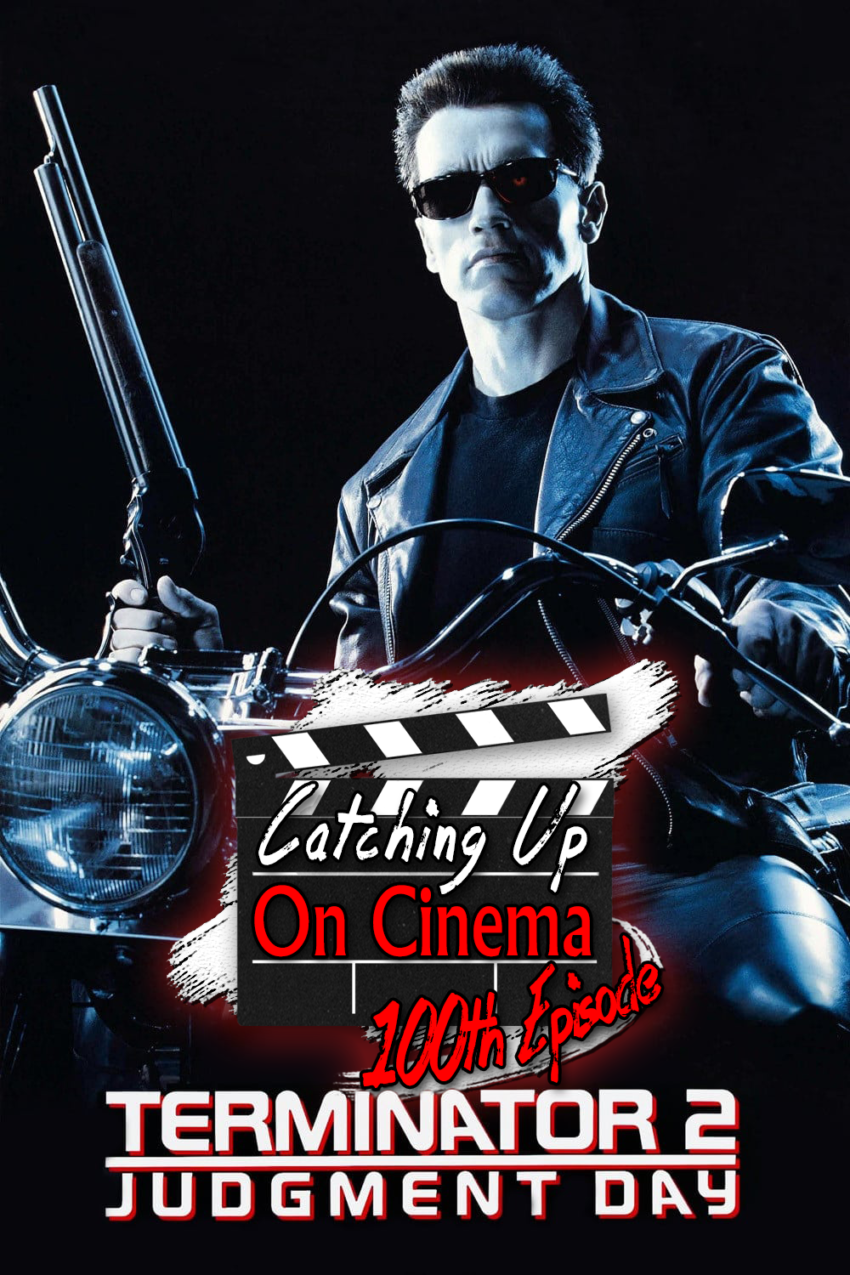 This week we celebrate the 100th episode of Catching Up On Cinema!

In the past 2 years we’ve had a ton of fun exploring reviewing movies that were a bit off the beaten path, but to celebrate this historic milestone for the show, we’ve decided to give ourselves a victory lap in the form of a review of the 90’s sci-fi classic, Terminator 2: Judgment Day (1991)!

Directed by James Cameron and starring Arnold Schwarzenegger, the film is one of the most solidly constructed action movies in all of film history.

Boasting groundbreaking CGI effects work, and stellar performances from costar Linda Hamilton, newcomer Edward Furlong, and Robert Patrick as the menacing and iconic T-1000, the film also holds the distinction of being regarded as one of the best sequels of all time.

Regardless of film’s countless accolades and critical acclaim, at the end of the day, T2 (the title most true fans know the film by) is film that is personally important to both Kyle and Trevor, and one that feels more than appropriate to serve as subject for our 100th episode.