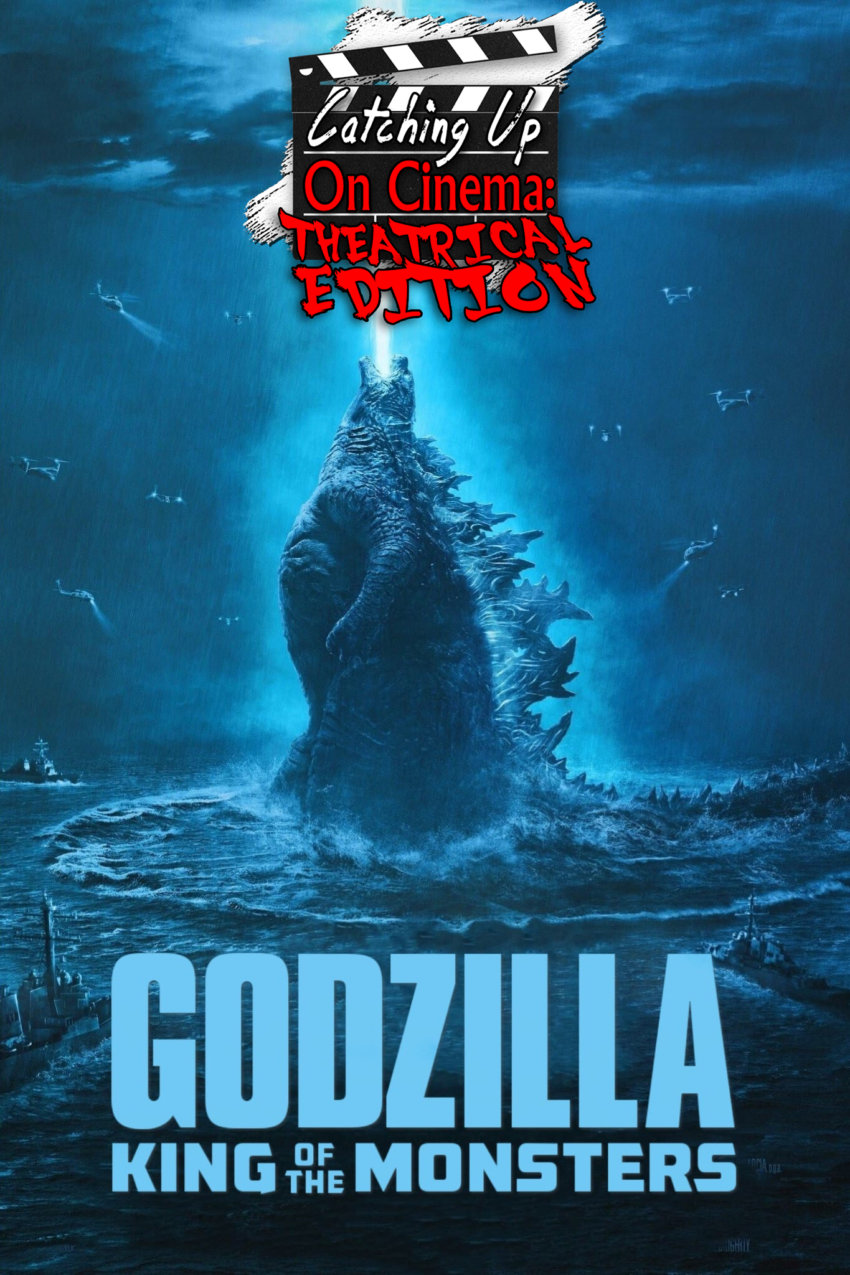 *WARNING!* Total spoilers for Godzilla: King of the Monsters! *WARNING!*

In this special Theatrical Edition of Catching Up On Cinema, Kyle and Trevor head out to the theater to check out the 3rd entry in Legendary’s “Monsterverse” franchise, Michael Dougherty’s Godzilla: King of the Monsters (2019)!

Featuring the heaviest of heavy hitters in the long lived Godzilla franchise, the movie is an unapologetic love letter to the older generation Godzilla films.

While the human aspect of the story and plot is both problematic and unintentionally silly, the monster action is solid, and as Trevor mentions early on in the episode, most of the film’s weaker aspects can actually be interpreted as the filmmaker’s remaining true to the source material.

Kyle Chandler, beating off to the sounds of wolves eating!

Vera Farmiga as perhaps the most unstable and unforgivable character in recent film history!

Millie Bobby Brown as the “Kenny” of the film!

Ken Watanabe, sacrificing himself for to enhance the film’s Chinese box office earnings!

Zhang Ziyi as 2 different characters! How the Hell did I miss that!?

Charles Dance, somehow failing to go “full evil” over the course of a 2 hour+ movie!

And Godzilla, Mothra, Rodan and King Ghidorah, delivering the goods on the few occasions the editor sees fit to let them!